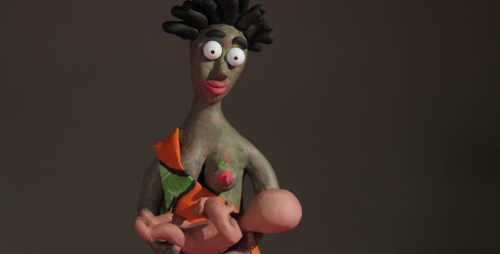 It doesn’t matter how health-care training is delivered as long as it creates better care to those who need it most. Courtesy of iheed Institute

The use of mobile technology in medicine – known as mhealth – has big plans. It promises to revolutionize health care by delivering front-line care to everyone with a mobile device; and it doesn’t even have to be a smart phone.

This is a big promise because mhealth’s momentum is just starting to build and right now has as its best business potential the financial tapping of desires of the rich to monitor their heart rates while exercising or to count calories.

But that’s only right now.  Many in the industry have high hopes for its use in the developing world, where the goal is to bring health care to where there isn’t any, a kind of Pinterest for the dispossessed. Despite a potential to actually change the future for as many as four billion people, those who fund technology’s directions see mhealth simply as a new “app,” with page views registered to create revenue streams.

Patty Mechael was well in front of the current mhealth wave. It’s helped her see the field with realistic eyes. Courtesy of imagelinkphoto.com

This suggestion gets up the nose of Patricia Mechael. She’s the Executive Director of the mhealth Alliance  and someone who first understood the value of mobile when it meant brick-sized satellite phones used for communications and mobilization during emergencies in inhospitable places, like the Sudan in the 1990s.

While researching her Ph.D in public health and policy at the London School of Hygiene and Tropical Medicine in 2000, Mechael studied the links between contemporary mobile technology and health in Egypt, long before tablets were on the market, before smart phones were anything but toys and at a time when cell-phone penetration in Egypt was only about three percent.

Today that penetration runs at about 70 percent right across the developing world. There has never been a better, more-economical delivery mechanism in history.

Her pragmatism about technology in the developing world is refreshing in a new field that needs as much gritty public relations as it can get. Mechael seems uninterested in selling things that are only on the drawing board. For the foreseeable future it’s all about “track and troubleshoot. The goal is a move to more citizen control of health care, and that’s transformative,” she explains.

She also punctures myths, explaining that mhealth’s profitability, when it comes in poor countries, will accrue to public-sector investors and pharmaceutical companies – both health-care producers – rather than to the mobile carriers that work on the thinnest of margins. Not much different from the worldwide system today, but it’s refreshing to hear a do-gooder talk about reality.

The Ireland conference will pair health education with digital media, using a focus on animated training. This is the specialty of iheed Institute, which is organizing the event.

This means that cartoons about health are inexpensive, trans-cultural and demonstrably efficient, sidestepping some of the biggest problems that development aid has stumbled over during the past five decades.

Tom O’Callaghan and Kunal Patel of the iheed Institute flank Firdaus Kharas during a visit to Ottawa. Photo by Mike Levin.

So to help get the formula right, iheed tapped as its creative director Canada’s Firdaus Kharas, a prolific practitioner of using animation for behaviour change and education. He will speak at the conference, and present The Animated Activist, a documentary about his work.

“From when I started using animation for social change in 1995, I have seen new organizations and companies being established to take the concept further. The upcoming seminar in Dublin will be a significant milestone in moving forward co-operation in this field.  I look forward to learning from those in attendance,” Kharas says.

Like any new industry, mhealth is still spray-and-pray, each niche looking for traction in an ADD world. To get a better idea of what this means, watch what happens at December’s mhealth Summit, the annual gathering of the industry’s most-active practitioners.