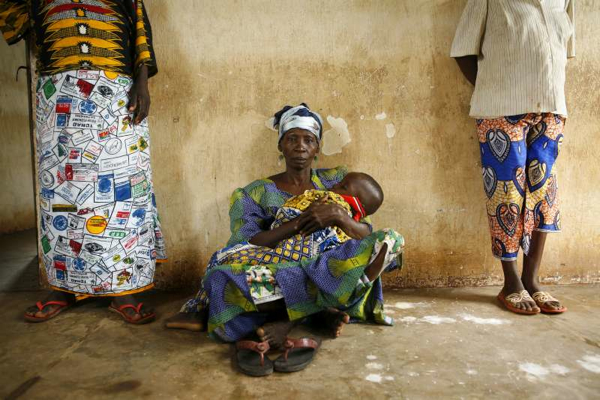 Health is one of the biggest components to alleviating poverty in the developing world. Individuals like Firdaus Kharas are being recognized by The Guardian’s International Development Achievement Award. Courtesy of UNHCR.

In the 13 years since the United Nations’ Millennium Development Goals were first set, there’s come an understanding that without poverty alleviation, none of the goals are achievable. Perhaps the biggest roadblock to change is the pitiable level of health care endemic in the world’s poorest countries. Human rights are tough to appreciate when millions of women and children die each year from preventable diseases and toxins.

Britain’s The Guardian newspaper provides the world’s most-comprehensive focus on development issues in the mainstream media. Its coverage pays a great deal of attention to health solutions, and its annual International Development Achievement Award is widely respected for honouring individuals who create change rather than praising organizations caught in the efficiency killers of bureaucracy and administrative overhead.

This year Firdaus Kharas is one of those individuals on the award’s long list announced today. His work with behaviour-change communications, primarily animated public service announcements (PSA), creates the style of grassroots change that The Guardian likes to highlight.

Five finalist will be chosen by public vote; the final decision is up to a panel of judges. There’s no cash prize, just the honour and a film made about their work.

The web of relationships between health and poverty is too large to cover in this space. But there are some very basic points. Sick adults can’t contribute to economies; chronically ill children drain a family’s resources; women and children afraid of rape and domestic violence can be cowed from participating fully in their cultures; and dealing with these daily problems kills the optimism that is vital for people to make their better lives.

In his book The Stealth of Nations, Robert Neuwirth says the world’s informal economy is the main economic engine of developing countries. He puts the size of this motor, internationally, at about $10 trillion, second only to the United States economy. And he feels that poor health is one of the biggest threats.

Kharas’ work has focussed on some of the biggest issues. In The Three Amigos PSAs he promoted condom use to prevent spreading the HIV/AIDS virus. In many of the countries where the PSAs are broadcast on a regular basis, such as in sub-Saharan Africa and parts of Asia, this effort has helped make a significant change. UNAIDS reports that new cases dropped from 2.3 million to 1.7 million between 2005 and 2011 in the developing world as a whole.

He’s going for similar results with malaria transmission in Buzz and Bite and with countering justifications for domestic violence and sexual abuse in No Excuses.

His current project – The Solar Campaign – is a small part of a process that could change poverty statistics forever. This new series of PSAs is being produced to convince 1.3-billion people around the world with no access to electricity to switch from traditional indoor lighting and cooking methods, mostly kerosene lamps and solid fuels, to solar-powered alternatives.

The underlying health factors are well-documented: multiple studies show that one of the best ways to decrease infant-and-maternal mortality comes from cleaner air in individual poor-country households, thus lowering the incidence of respiratory infections. The Institute for Health Metrics and Evaluation estimates that in 2010 alone, 3.5-million people died from indoor air pollution, including diseases like influenza, haemophilus influenzae type B, pneumonia and respiratory syncytial virus that are responsible for about 50 percent of all deaths of children under five years. It outstrips AIDS’ statistics.

All those long-listed for the Guardian award are superbly deserving. Win or not, these people will continue to give everything they have to change things they feel aren’t right in the world. We ask you cast your vote for Firdaus Kharas because his work supports each of the other candidates.