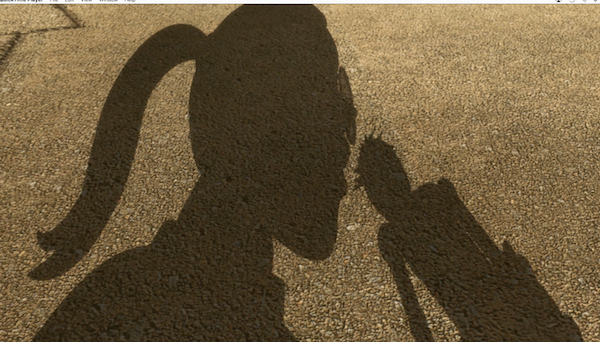 We hope there is no longer any need to define sexual assault. It is a dirty act, often misunderstood, but never acceptable. What is often missed are the ancillary effects to those who watched or we’re closely touched by the assault.

This is called the “ripple effect,” which can produce its own state of secondary traumatization, often among children who have no idea how to process the emotions.

A probing new video by Chocolate Moose Media (CMM) – Whispers with Stones – examines a hypothetical example of a young girl who has watched an argument between her parents.

The father is accused of sexual impropriety by a church co-worker and the video enters the mind of the child as she replays the dialogue. The results are devastating to watch.

CMM founder Firdaus Kharas gently lays out the child’s view of not knowing the whole story; of not being able to recognize it as a trauma other than an argument between her parents; and of not being able to resolve the event. The video was co-created with Kharas’ longtime collaborator Brent Quinn, who also wrote the script.

“Articulated from a child’s point of view is the much larger issue of confused, reactionary and outdated thinking about gender. In addition, the approach highlights how badly we humans communicate about the issue,” Kharas says.

“Sexual harassment narratives generally feature adults; choosing a child to tell the story is done for a specific reason. There is so much polarity and ‘us versus them’ in gender politics today that using a child as the narrator affords us a fresh and more neutral entry point.”

His point is supported by how little research has been done about secondary traumatization caused by sexual assault, especially on those who are caught in the issue’s polarities, such as children. In 2007 the Australian Institute of Family Studies produced a report based, in part, on the 1995 research by Rory Remer and Robert Ferguson about secondary traumatization, carefully noting that children were not included in the research because “authors consider rape a “sexual” rather than a “violent” act. Thus, as sex is seen as an issue for adults, children are excluded from consideration.”

How 20th Century this sounds.

We are, however, in the 21st Century.

The only conclusion the video draws is that the child has been scarred and that today’s zero tolerance for sexual assault in many societies focusses almost exclusively on victims and perpetrators, not about protecting others from the ripple effect.

“While the narrator dramatizes the conflict, she is not a neutral observer. Her emotional breakdown mirrors the wider affects sexual harassment has on everyone,” Kharas says.

It is supported by a magnificent soundtrack composed by Andrew Huggett, Kharas’ long-time musical collaborator, and performed on the cello by Huggett’s sister Jennifer.