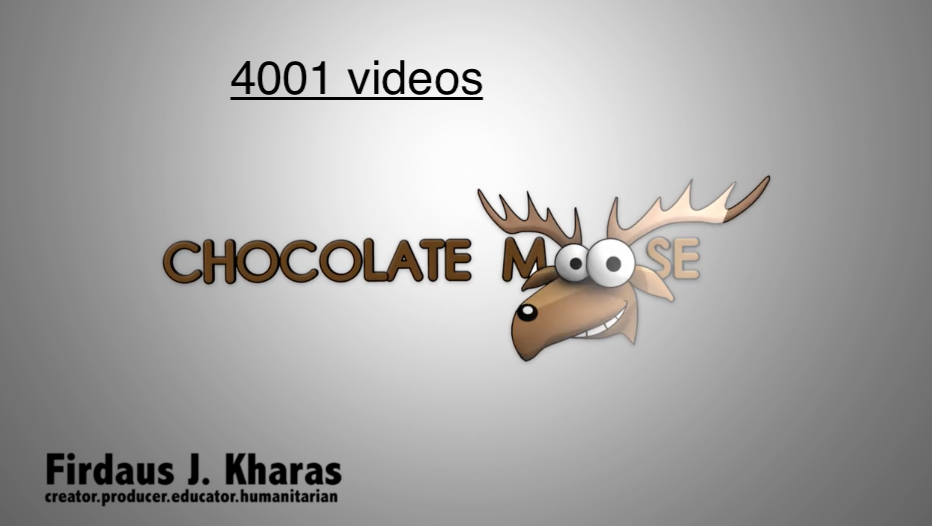 Life is full of milestones. They form the narrative of our history, our personality, and even shape how our brains work. Best of all they remind us about what we’ve achieved, and if the memories are good we can weave all kinds of stories with them.

For some, milestones don’t need any weaving at all. They are real, unambiguous and usually retrievable online. This is the whole theory behind Wikipedia’s popularity because it reveals factual accomplishments with very little opinion.

At Chocolate Moose Media we’ve hit one of those milestones, a verifiable 23-year record of media that has attempted to produce positive social change. The mark we’ve reached is 4,000 online videos, mostly animated, dealing with an expanding range of social and health issues like disease, violence, human rights and tolerance.

Because trying to change people’s attitudes about unjustifiable behaviour is so difficult to quantify, our portfolio speaks for itself. It is remarkable in its scope, reach and the fact that it can reach over 80 percent of the world’s population in its own language. Almost all of it is available on founder Firdaus Kharas’ Vimeo channel for free use.

This path started in 1995 with two short, animated productions on children’s rights. Since then a pattern has emerged. The messages are familiar but the style has evolved to use humour to create cognitive dissonance in the viewer. This means holding two opposing views about one subject and helping an individual see both sides of the issue. The goal is to create a conversation and with it an ability to feel that problems can appear controllable rather than seeming hopeless.

As with any humanitarian effort, the hope is to create momentum that will better the human condition. CMM’s portfolio has done just that and includes:

Some of the highlights:

A 2006 George Foster Peabody Award for The Three Amigos,
Over 100 international awards for the entire body of work,
Over two-million online views of the three-part Ebola series, including over one million on Youtube alone for the English-language version of the first video in the series,
Four humanitarian awards and two honorary doctorate degrees,
Viewers in at least 150 countries.

“When I set out on this path, I never thought about my work in terms of milestones; there are just too many issues in the world. It’s always been one step at a time, and the steps have now reached far and wide on a large number of topics of importance to bettering the human condition,” says Kharas.

No other humanitarian organization, large or small, has produced as large a range of animation; the proof is online. Which is why CMM is completely borderless, working with hundreds of organizations in dozens of countries.

Throughout this process it is possible that we have re-wired our brains a bit to better understand how villagers in Sierra Leone or Myanmar react to Western messages of health and human rights. Yet as we set out out on our next 4,000 videos we are proud of being part of that conversation.