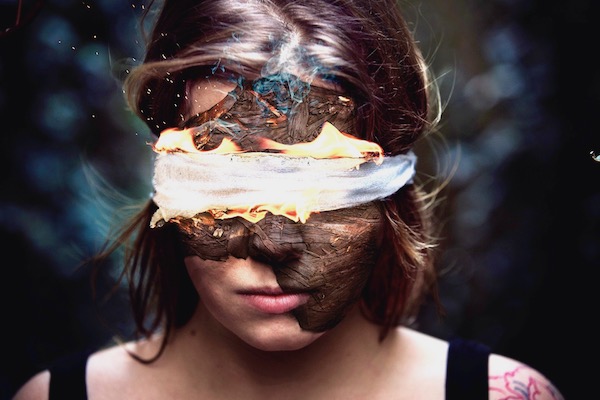 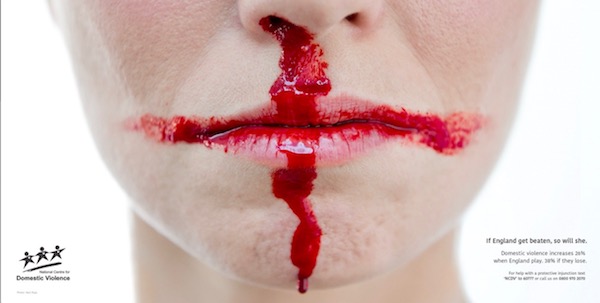 The only simple thing to understand about domestic and sexual violence is that it is wrong. It doesn’t matter what traditional, cultural or alcohol-fuelled-sports rationales you want to use: this violence is wrong. Unfortunately, trying to stop it falls at the other end of the simplicity spectrum, so complicated as to be inscrutable.

Some of the world’s most creative minds are working on it, though, and the results can be mixed.

England’s National Centre For Domestic Violence (NCDV) is one of the leaders in trying to find a solutions with communications and support networks. It funded a hugely successful video, made by J. Walter Thompson (London), called House Hunt that used sardonic humour to slam home the cognitive dissonance of domestic violence.

But J. Walter Thompson seems to have stumbled in its most recent video for NCVD called The Not-So-Beautiful Game, relying solely on gross graphical content rather than creating talking points. It has received both praise and criticism.

The video follows a report that domestic violence increases following World Cup soccer games, often fuelled by alcohol. We wonder if there is anyone out there who doesn’t know that violent people become more abusive when drunk, especially if preceded by a major disappointment like a loss at the World Cup?

Perhaps the biggest fault of these visual anecdotes is that they focus completely on victims. Is there anyone out there who hasn’t suffered burnout by media images of war, disease, poverty and other violence?

If you want people to really think about something vital, don’t hit them with sensationalistic images that produce a few minutes of compassion and then fade into the next sensational input. At its worst, it produces a momentary “hey that’s cool, I wonder if I can do/buy that too” kind of reaction.

Consumer studies today consistently show that short of catering to confirmation bias, such as branding, the most effective messages make people challenge how they feel about what they are looking at.

In The Not-So-Beautiful Game, “the images further stigmatize women. They do nothing to reach the perpetrators. I don’t see this campaign as being very productive. We have to do much better than this, rather than continuing to sensationalize the gruesome results of domestic violence,” says Firdaus Kharas, founder of Chocolate Moose Media. 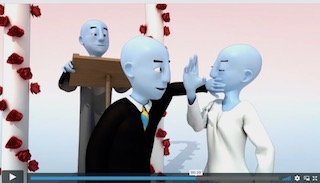 For the past 25 years Kharas has worked on confronting social justice issues with humorous animation. In his No Excuses series the key to ending domestic and sexual violence is to create gentle cognitive dissonance within the perpetrators’ minds rather than by focussing on the aftermath of the violence.

“Without getting violent people to think about what they are doing, challenging their very rationale, there doesn’t seem to be much chance of getting them to change. Images of blood and bruises can only go so far before they lose their effect,” he adds.

All No Excuses videos in multiple languages as well of all Kharas’ work is available for free use on his Vimeo channel.