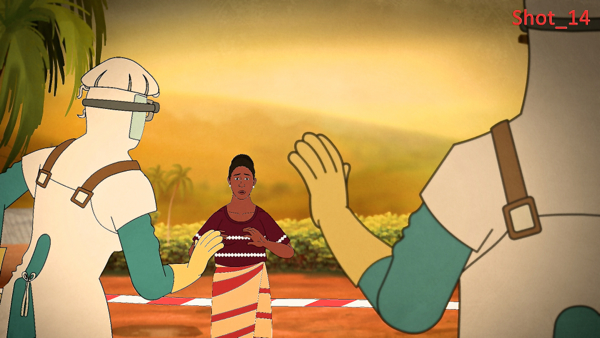 Imagine being kept away from your dying son by the transmittable danger of Ebola. This is the context of Ebola: A Poem For The Living, an emotionally potent tool being used to help stop the spread of the disease in West Africa. Courtesy of Chocolate Moose Media.

On July 15, 2014, Neelley Hicks waded through a hot, humid morning to get to her Nashville, Tennessee, office. One of the first things she did was connect with Dr. Tom O’Callaghan in Dublin, Ireland, by Skype. They had recently been introduced and discovered that their work in international health care overlapped.

During the conversation, O’Callaghan wished his iheed organization could do something about a new outbreak of Ebola in West Africa.

As they talked, the epidemic’s death total passes 400, making it the worst in history. 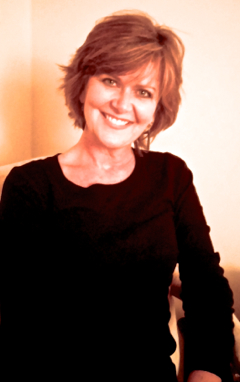 As the Ebola epidemic exploded, Neelley Hicks knew what she had to do and commissioned a video to help combat the disease. Photo by Robby Hicks.

Three weeks later the two met again in Nashville, where Hicks confirmed that United Methodist Communications  could come up with $15,000 to fund a public-service-announcement video that could play a role in preventing the spread of the disease.

On the same day the death toll in West Africa tops 900. The epidemic had become a catastrophe.

The budget was small but the increasingly dire news out of West Africa attracted top names in media. As Ebola: A Poem For The Living started life, the crew went international.

Hicks understood the problem in a heartbeat: “… (the video’s) impact will be immeasurable, because it will be a longstanding piece, used in so many places, to prevent the disease before it ever takes hold.”

On August 8 she contacted Firdaus Kharas, founder of Chocolate Moose Media, an expert in behaviour-change communications who has produced global campaigns like The Three Amigos, Buzz and Bite, No Excuses and The Solar Campaign. He agreed right away to head the team.

“The epidemic was spreading so quickly that we knew every day would count. If we were going to help prevent the spread of the disease, we would have to produce the video very quickly. It had to speak to those living in the affected areas in West Africa. It would be a challenge,” Kharas remembers. 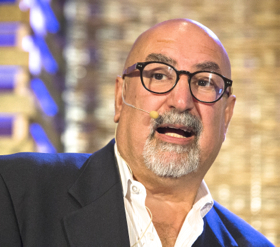 Long experience with global media campaigns made Firdaus Kharas the perfect choice to create Ebola: A Poem For The Living. Photo by Mike DuBose.

He came up with the idea of an animated short that would dispel the myths and superstitions surrounding Ebola. The idea was to prevent the spread of the disease, not talk about how bad the epidemic had become. Four days later he turned to longtime creative collaborator Brent Quinn in South Africa to help produce the script.

They discussed how to imagine messages that could bypass the fear surrounding the epidemic and speak right to the hearts of those in the stricken areas. Both men wondered how to get right…..until Quinn had a dream.

“I thought of my family, thought how we would react if one of us were infected.  That night I fell into a restless sleep. At around 3 am I half-woke to the sound of a young lad, similar age to my son, talking in pidgin. He was trying to tell those he loved something really important.  I got up and wrote what this voice ringing in my head was telling those he loved. Yes, a dying lad – wanting to save his family from the tragedy he was stuck in.  The voice was clear, rational and terribly brave. He was dying yet his will was enabling him to keep it together, wanting his family to stop – think and not react with emotion, because he knew if they came to him – held and touched him, they too would be infected,” he says.

A restless night and a vivid dream was all Brent Quinn needed to envision the video’s story. Photo by Harmon Cusak.

The duo started writing a script based on the poem. With the direction now set, Kharas contacted friend and top Indian animator R.K. Chand in India. By August 15 Chand had arranged for Artha Animation Studios in Mumbai, India, to get the four-minute animation completed as quickly as possible.

By mid-August more than 1,200 people had died from in West Africa as Ebola spreads to five countries.

Early on August 28th, Kharas received the video’s animatic, a rough-sketch draft that laid out the scenes. The story had formed around a teenaged boy on a hospital cot in Liberia. Quinn’s single voice-over had the boy in a fevered dream, passionately warning his parents, brother and sister about the disease and how it can be prevented. The emotions are intense as he realizes he can no longer even touch the people he loves most before he dies.

Now the hunt was on to get the perfect voice for the teenager. “It was our biggest problem. We had to get the exact age and accent because we were speaking directly to West Africans. The emotions would be the toughest because this was a life-and-death situation. I didn’t want something too flat or too emotional; the balance was crucial,” Kharas explains.

He used Skype to direct the voices he had. Success was elusive as examples were recorded and discarded. The team had came up with six versions: Nigerian English and Pidgin, South African English, Ivory Coast French, Guinea French and Sierra Leone English, recorded at 5 am. But the vital Liberian English and Krio were still missing.

Calls went out across Africa, North America and Europe. For two weeks, that voice couldn’t be found.

The breakthrough came from a Kharas friend who worked with the World Bank in West Africa. He made contact with Ian Yhap in Liberia who suggested Ledgewood Rennie Jr., the 14-year-old son of Liberian journalist and broadcaster Ledgewood Rennie Sr.

“It was emotional for him to be a part of the program as it was for all of us. It has been difficult, within this situation, to identify ways that we could substantively help the situation. When you reside within a situation such as this one, so morbid and cruel, the opportunities are few and very far between, especially when the collective whole of the nation is branded as ‘victim.’ The perception is that others should be helping you. That you may have something to offer is rarely conceived, and the avenues for implementation are not apparent,” Yhap recalls.

Emeka Obiamiwe, owner of local media company NuEra, immediately opened his studios to the project. The entire Rennie family watched as the young Ledgewood worked through the difficult script. It went late into the evening. When Kharas heard the results, all he could say was “perfect.”

By the second week of September new Ebola cases were doubling every month. Almost 60 percent of cases succumbed to the disease.

The original $15,000 budget was long gone. The team was now working within an ethic that had no dollar value. “There’s a lot of in-kind giving, you could say,” Hicks notes.

Chand says it was all geared to doing justice to the motive behind the film. “We all knew from the beginning that the budget was low. But again, this was never meant to be a commercial project for me and the team. Ebola as a cause is beyond the film for me, and I am sure the situation demands everyone’s attention equally. But we all hope that the film will spread the message about the do’s and don’ts in Ebola.”

Kharas directed the animation shot by shot. He also contacted Andrew Huggett, who had composed all the music Kharas had commissioned during the past 15 years. Huggett’s score would have to anchor all the sadness, compassion and empathy of a scared, dying child. It wouldn’t be easy creating the right score for an area of the world that was 7,500 miles away.

The music was based on children’s voices and percussion: “The voices to capture the sense of vulnerability that we would all feel if we were faced by such a terrible situation, and the percussion to reflect the African continent and the human heart beat. (The toughest task was) finding balance between support for the narration without being too overwhelming (and) creating the appropriate momentum throughout the spot (while) reflecting the terrible challenge facing the affected people,” Huggett says.

Kharas found continuity problems when he got a first look at the actual animation in late September. In Mumbai Chand brought in renowned Indian animator Vaibhav More to help with the studio process for a couple of days. Those days started early in the morning and went until after 4am. The results were worth waiting for.

Huggett’s soundtrack was ready October 1 and was passed on to team members around the world. It was tested in West Africa where the emotional reactions were volatile, both good and bad. The score was tweaked a bit but retained most of the original.

Kharas approved the final scene late on October 7. In all there are 72 scenes with the characters done in Flash technology and the backgrounds hand painted. Written text is in both French and English, two official languages in West Africa.

A day earlier, the Centre For Disease Control predicted that the Ebola epidemic was spreading so quickly that case numbers could well hit 1.4 million by year-end.

The video is available in eight languages:  Liberian English and Krio, Nigerian English and Pidgin, South African English, Ivory Coast French, Guinea French and Sierra Leone English in high definition, low definition and for use on mobile platforms. “I hope we have created something memorable that will save lives,” says Kharas, summing up two very intense months.