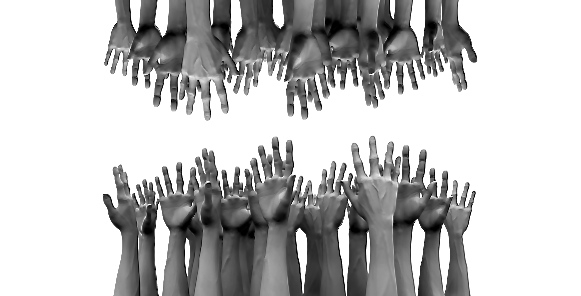 Without the ability to understand what the medical community is telling them, those in the West African areas stricken by Ebola remain at high risk. Courtesy of contentrules.com

The multi-cultural, multi-lingual vastness of Africa makes pan-continental communications a huge problem. During crises like the ongoing Ebola epidemic in West Africa, this can present as much of a hazard as a lack of medical logistics.

This was the issue to confront when Translators Without Borders (TWB) – an offshoot of Traducteurs sans Frontieres – started offering translation to non-profits. The Ebola epidemic is revealing how important the service can be.

So when Chocolate Moose Media’s Firdaus Kharas aimed his Ebola-prevention video Ebola: A Poem For The Living at entire regions in West Africa, he knew it would have to be available in all local dialects to be effective.

Kharas is a pioneer in creating multi-lingual behavior change communications. His animated shorts The Three Amigos have been translated into more than 90 versions and can be seen by 80 percent of the world’s peoples in their own languages. 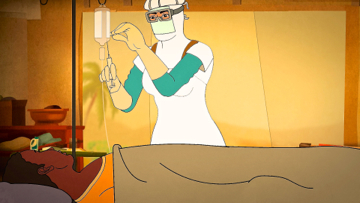 Scene from Ebola: A Poem For The Living.

The Ebola video was originally released in English, French, Pidgin and Krio but with the help of TWB and others like the Voice of America, it is now available in 13 versions with at least two more in the works. This allows the video to speak to 95 percent of West Africans and as many as 400-450 million people across the continent.

No other Ebola-directed campaign approaches these numbers. Originally funded as a small project by United Methodist Communications, the project grew to engage an international cast and crew.

The completed versions include:

Portuguese (translated by Voice of America)

Manika – most of West Africa

Fula – Nigeria, Senegal and others

“It’s a huge task because there are hundreds of dialects in West Africa. Our goal is to focus on the major languages so understanding the video is never a roadblock,” Kharas says.

“Other places (in Africa) aren’t in jeopardy right now but I think we’re prepared to produce new versions of the video right away if Ebola breaks out somewhere else. We will respond to any requests.”

Grace Tang, TWB’s global co-ordinator, says the work is difficult but the motivation is not a problem. “Our volunteer translators have a deep connection to the region and the people of the language(s). They are from there and those who speak the same language natively, have a connection. As such it is not difficult for the talent to provide emotion, especially for Ebola which has touched so many people.”

The ongoing health crisis is a tough environment to navigate.

“Finding translators for these languages has been challenging. Diaspora are available and willing to volunteer but may not have the experience translating. Professional translators in Sierra Leone and Guinea are also available but they have limited connectivity, and communications can be challenging.  But we have managed to find some very motivated volunteers.  And for those lacking experience, we are conducting a training on rapid response translation,” Tang adds.

Ebola: A Poem For The Living has all current translations on Vimeo but it is on dozens of other sites like Youtube. The video has been seen over 35,000 times since it was first posted in October. It has been broadcast on national television in Liberia, and Kharas is trying to get broadcasters in Guinea to do the same. Regional radio in West Africa is playing the soundtrack and dozens of print stories are showing up in mainstream and alternative media.

“It is just a start. Communicating with all people in stricken areas is vital. Only then can preventing the spread of the disease happen,” Kharas says.