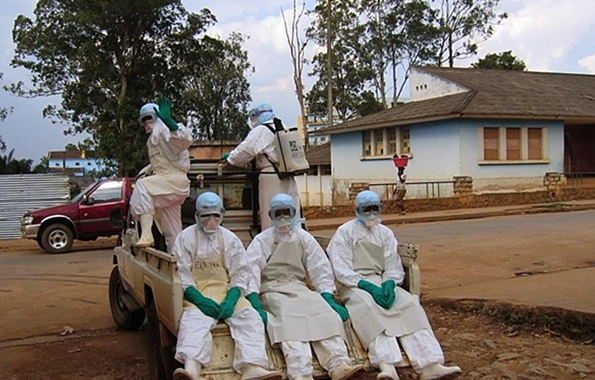 Overwhelmed health-care workers in West Africa are wondering why the international community is not doing more. Courtesy of Agence France Presse.

Response time is everything in a crisis. Without speedy action, more people die than should. This is happening in West Africa.

Reaction to the Ebola epidemic has occupied the news media, but on the ground the disease is spreading rapidly because of the international community’s unwillingness to devote adequate resources. The reason behind this lack of willpower has confused those involved in fighting the disease.

Pointing fingers is easy, but what it really comes down to is the purely human reaction of being reactive rather than proactive. Chocolate Moose Media’s Firdaus Kharas has seen this before.

“I see parallels between the Ebola crisis of today and the AIDS crisis of the 1990s. There’s a huge amount of denial (about the extent of the crisis) at both the international and local levels,” he says.

“This is a result of the stigma (of the disease), the lack of information available and the lack of emphasis on prevention. I think it shows the international community’s lack of commitment. On a national level, the reaction has been completely knee-jerk, such as isolating key groups. This is just not going to work.”

The sentiments were echoed by former Canadian politician Keith Martin in a Toronto Star commentary. Martin, a doctor, is the Executive Director of the Consortium of Universities for Global Health in Washington, D.C. He slams the international community for not following through on its financial commitment and says the World Health Organization feels current numbers “underestimate the true extent of the outbreak.”

Chocolate Moose Media is frantically working on Ebola: A Poem For The Living, a four-minute video that deals directly with Ebola prevention and myth-busting to be broadcast in the West African countries most-affected.

“I think this (epidemic) is being mismanaged. There is way too much emphasis on treatment rather than dealing with systemic causes,” Kharas adds.