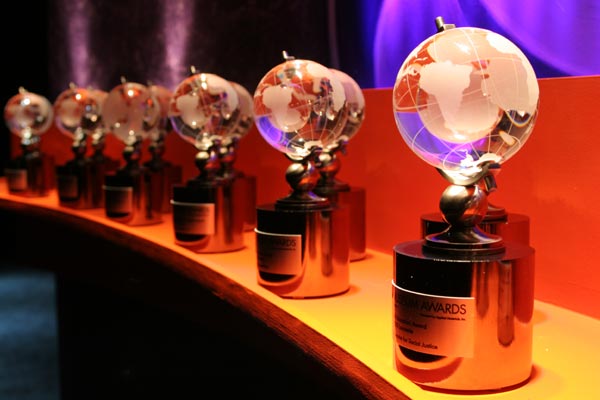 The international awards season is underway and Ebola: A Poem For The Living has just picked up its third in as many weeks.

Last night it received the Best Animated Video Award from Ragan’s PR Daily’s annual awards. Ragan’s PR magazine has a monthly circulation of 800,000. Earlier the video picked up a Bronze Telly Award and a Gold REMI Award at WorldFest in Houston, Texas.

But awards are just a sideline to the real effect the animated Ebola-prevention video is having. By the beginning of March it had been viewed more than one million times online and had been embedded in 500,000 Web pages. This was primarily because the video has been dubbed into 17 languages that enables understanding by 80 percent of the people in the afflicted areas and because it is short (four minutes), compelling and expertly produced.

The widespread viewing of the animated video coincided with a slowdown in new cases in countries like Guinea, Sierra Leone, Liberia and the Ivory Coast. But if you think the threat of Ebola in West Africa is over, think again.

There are new cases every week in Guinea and Sierra Leone only a year after the current outbreak began in March 2014.  In neighbouring countries like Togo and Nigeria there is strong concern that the disease will re-emerge very soon.

Which means prevention is paramount, especially as many of the world’s top health and humanitarian organizations like the WHO and MSF admit that they didn’t pay enough attention to stopping the disease from spreading during the epidemic.