Modern media may have made communications ubiquitous but the process is nowhere yet near seamless.

Imagine a Sierra Leone villager who speaks only Krio trying to find help in safeguarding his family from Ebola when the only available information are commands in English, Spanish and French (the only crisis languages of Medicine Sans Frontiere, World Health Organization and the Red Cross). Or those caught inside a Zika epidemic hearing on TV that the disease is caused by spirits or food (which happened in Cape Verde).

This miscommunication can worsen an already bad situation. 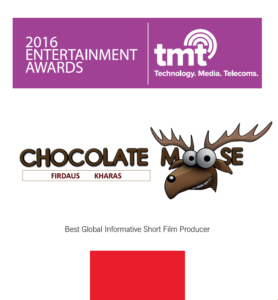 This is why an ability to confront complex issues and explain them in a simple, linguistically-accessible and easy-to-consume way is becoming understood by those in power as the most-efficient way forward and the main reason why Chocolate Moose Media’s style of short, animated public service announcements were just recognized as the Best Global Informative Short Film Producer by TMT News, part of the huge media firm Ai Global Media.

CMM has long addressed many of the world’s most pressing health and social issues, such as HIV/AIDS, Malaria, Ebola, Zika, Polio, Diabetes, obesity, solar energy, children’s rights and sexual violence, among many others. Its messages are prompt, often humourous and in languages that can be understood by at least 80 percent of the world’s population. The award was announced in London, England on December 15, 2016.

“Our core team, including writer Brent Quinn in South Africa and composer Andrew Huggett in Canada, has created these videos that reflect their decades of experience in creating effective media that improves or saves lives,” says Firdaus Kharas, CMM founder.

CMM’s 3,564 multi-award winning animated shorts deliver vital information to the people who most need it. They are available in 189 language versions that can be understood in the smallest villages and are available for free use and re-transmission on Vimeo, explaining why CMM’s video portfolio has been watched by billions of people around the world and has amassed millions of views on social media like Facebook and YouTube. 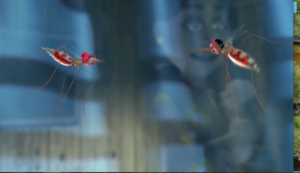 CMM was also just given an Award of Merit by the Best Shorts Film Competition for one of its 11 Zika-protection videos.

“This award caps a very active year for us, which has included campaigns on Zika prevention, obesity prevention, Polio vaccinations, the United States refugee re-settlement system, the dangers of asbestos and encouraging greater interaction with nature. Each on its own is an important topic but when taken together contribute significantly towards making the world a healthier and better place,” Kharas adds.