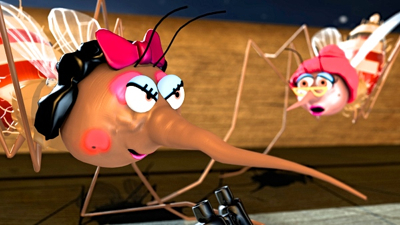 Ebola is easy to demonize. It has visuals of bleeding eyes and mouths and a history of slow, grisly death.

Zika doesn’t instill the same fear because it very rarely kills adults. But the danger to unborn children is so profound that every major health organization is now calling it the world’s biggest health threat. The virus can cause microcephaly, a diminished brain size that has untold complications for newborns, and millions of possible cases have emerged during the past three months. 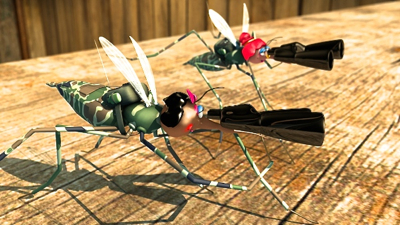 Like malaria it is passed from victim to victim by mosquitos. Countries with lots of mosquitos that aren’t killed off by winter temperatures (most of the world) are now entering into a potential Zika epidemic.

This is why Firdaus Kharas is moving immediately from his work combatting Ebola to an information and prevention campaign aimed at Zika. The three-part Ebola series attracted millions of online hits because it spoke to the people in the villages who fell through the communications cracks of big health organizations. The situation with Zika is any bit as perilous. 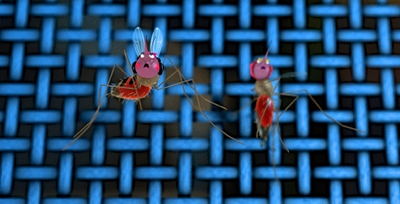 Kharas plans to re-version many of the public service announcements (PSA) from his anti-malaria Buzz and Bite series to get a new series of animated shorts into the field as soon as possible. The information will be basic but also immediate. Confronting the new “plague” fits squarely into Kharas’ prime concern about alleviating problems for the most-vulnerable people: women and children in the developing world.

“We must move quickly to get visual material to people, especially present and potential pregnant women. Let’s tell people how to protect themselves from the virus and let’s crush the advance of those dangerous mosquitoes. Now is the time to act,” he says.

Zika is transmitted by the Aedes genus of mosquito (the same as yellow fever and dengue fever as compared to the Anopheles malaria mosquito). The disease has never been studied much because symptoms are mildly flu-like with hospitalization very rare. But with a huge spike in cases since October, concern is mounting because detection is difficult and there is no known treatment. With as many as two million potential infections (as many at 1.5 million in Brazil alone), the stakes are very high, and even basic information is sparse. That’s where Kharas’ new campaign will hit the ground running.

Borrowing from his successful Buzz and Bite series, he plans to have the new PSAs ready for distribution in five languages (English, French, Brazilian Portuguese and two versions of Spanish) within a couple of weeks. Information about Zika will include:

– Zika-carrying mosquitoes bite during the day.

– It is a preventable disease.

– Anyone can become infected.

– Zika is not transmitted by weather or spirits.

– It is not transmitted by anything you eat.

– Use a bed net to prevent mosquito bites at night.

– Spray with insect repellant and cover up with clothes during the day.

– Use nets to protect young children. 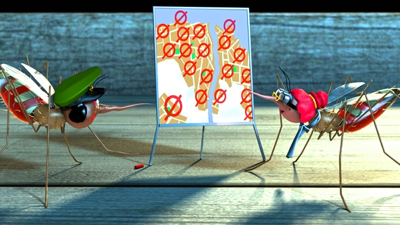 Big health organizations like the WHO are gearing up to meet a possible landslide of Zika-related illnesses, but they are often slow getting real information and action to where it is most needed. As happened with the West African Ebola epidemic of 2014/15, slow reactions and poor communications by these bureaucracies might have caused hundreds, or thousands, of deaths that could have been avoided. This is why grass-roots campaigns like this one by Kharas are having an enormous affect and gaining widespread respect.

All Kharas’ videos are available for viewing and free downloading on his Vimeo channel. The Zika videos will be distributed to hospitals, aid agencies and non-governmental organizations in affected areas.