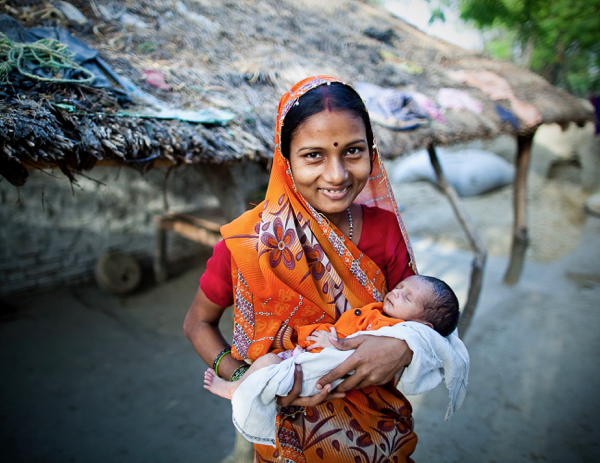 Improvements in global health care is the single biggest source of optimism ion the world today. Courtesy of GenUN.

Finally, English-language media seems to have given up the “2016: The Worst Year Ever” storyline. Much of today’s news is about U.S. President Donald Trump’s policies and other antics, and who knows what the 2017 retrospectives will report.

There is something missing as we ease into the new year, and that is how so much good news from 2016 was left unreported. Health and human rights worldwide made great strides during the year. So if you take the disasters cause by politics and globalized capitalism out of the equation, it is possible to see that 2016’s dire straits maybe weren’t so dire after all.

“Pessimism and cynicism are easy to find in today’s world. However, my perspective, having worked on so many vexing issues for many years, is that we are in many areas starting to see the concrete positive results of our efforts,” says Chocolate Moose Media (CMM) founder Firdaus Kharas.

Most of what we do at CMM focuses on health and human rights. In campaign after campaign we have created hundreds of shorts in a gaggle of languages designed to stop diseases, propagate human rights and spread universal values. It’s all in animation and it all uses one simple premise: approach complex issues with simple, easy-to-digest messages and get them to the people who most need them.

It can be as easy as showing how mosquito nets can help stop the spread of Zika or how children with Diabetes have the same rights as anyone else. Our global campaigns have targeted issues that affect hundred of millions of people. There has been progress on each and every one, and we are honoured to have played a small part. Simple protection from mosquito bites has had an incredible effect in preventing Zika and Malaria. Courtesy of Post Media.

Our four major ongoing health-related, multi-lingual campaigns have played a small role in making sure the direction of some of the world’s toughest problems is not going backwards:

Zika – Last year’s epidemic caught many by surprise and has more or less been brought under control. Our contribution of showing how to prevent mosquito bites fit into the single-largest reason for diminished disease numbers.

Ebola – The West African outbreak of 2014 was our catalyst to produce messages of prevention and to dispel local myths about the disease. Even though some cases continue to crop up, 2016 showed that Ebola was almost gone from West Africa.

HIV/AIDS – Within a year of our condom campaign being released, new AIDS cases around the world levelled off for the first time in 25 years. By 2016, mother-to-child transfer was down 99%. While major health authorities claim AIDS can be brought under control by 2030, condoms are by far the best way to stop the spread as a sexually transmitted disease.

Malaria – Same transmission, different mosquito at the Zika virus, so our messages about preventing mosquito bites played a roll in 2016’s 25 percent decrease in new malaria cases. In some of our targeted areas, such as Sri Lanka, the disease is at or near eradication.

Our 2016 series on Polio immunization and Diabetes and obesity awareness in children contributed to progress in all three medical conditions. Yet the biggest focus of last year’s call of disaster had to do with violence (especially against women and children) and human rights, the underlying theme of every CMM project. There’s lots of work left to do. Courtesy of the Journal of Pioneering Medical Sciences.

It may be very difficult to think worldwide human rights are improving when repressive regimes continue to target innocent civilians and dead refugee toddlers wash up on beaches. There is lots of bad news and much work still to be done, but a study by Chris Faris at Pennsylvania State University claims that the respect for human rights has significantly improved during the past 35 years.

Successes are vital parts of an optimistic future. In 2017 the Guinea Worm Disease might be eradicated, and the scourge of Polio might disappear. This is why all our work presses for a better understanding and acceptance of the notion that people everywhere matter and that lives can and will be saved or improved.